Today I purchased and downloaded Windows 8 Pro on my c. 2003 Shuttle SB51G computer. It has a Pentium 4 2.8 GHz CPU. At the end of February 2012, I was able to install the Windows 8 Consumer Preview on it. Last June, I tried installing the Windows 8 Release Preview, which didn’t work.

I started the upgrade purchase through the Microsoft site and one of the upgrade adviser warnings said that the NX bit needed to be enabled in the BIOS. I knew that my CPU (Northwood) didn’t have this feature which was also the reason the Windows 8 Consumer Preview wouldn’t install. I still completed the purchase knowing that I would use the license on another computer. The Windows 8 installation procedure went through like everything it was fine. It was, until the reboot: 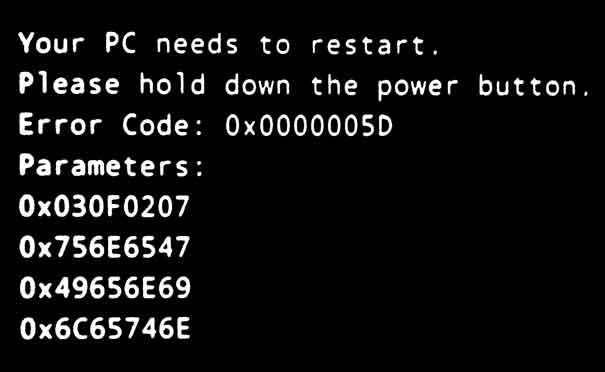 I think it would have been nicer on Microsoft’s part to say, before I plopped down $39.95, that Windows 8 wouldn’t work with my CPU. I can imagine this happening to a customer reading the hype about Windows 8 and trying the upgrade, paying for it and then getting a cryptic message. It seems to be Microsoft’s way of saying, “Tough luck, bub.”

I restored XP from an image, and my ancient computer is back to being a file server.