I hope you didn’t throw away that turkey carcass that’s been sitting in your refrigerator since Thanksgiving. Maybe you’ve sliced off all the breast for some sandwiches with toast slathered with mayonnaise, and your uncle ate that drumstick Thursday night, but there’s still a lot left in that turkey.

If you break up the carcass, throw it in a big stockpot with some celery, an onion and maybe a carrot if you have one – you’re on your way to making some great gumbo. If you saved all the bones from your turkey, throw them in there too, everything except the skin. Cover it with cold water and bring it to a boil then let it simmer it for a couple of hours. You have great stock now. Smells good, doesn’t it?

Now take some kielbasa, chorizo or some other sausage and slice it up and throw it in a cast iron pot with some oil. Add some onions and sliced okra. Brown everything until the okra isn’t slimy anymore.

Pour the stock through a colander into a big pot. Throw the sausage, okra and onions into that pot. Now you have to pick through the bones and take all those little pieces of turkey – there was a lot on that neck, wasn’t there? – and put it in a bowl.

Start with a clean cast iron fry pan or Dutch oven and heat up about 3/4 cup of oil until it starts smoking. Throw in an equivalent amount flour. Get your whisk, keep the burner on high and cook the flour until it’s the color of espresso. Paul Prudhomme calls this roux, Cajun napalm. You’ll know what he means when you splatter some on your arm. When the roux is the right color, turn off the heat and throw the turkey in there. Now heat up the stock with the sausage, onions and okra and stir in spoonfuls of the roux and turkey. Heat it to a simmer and congratulate yourself. You just made some great gumbo. 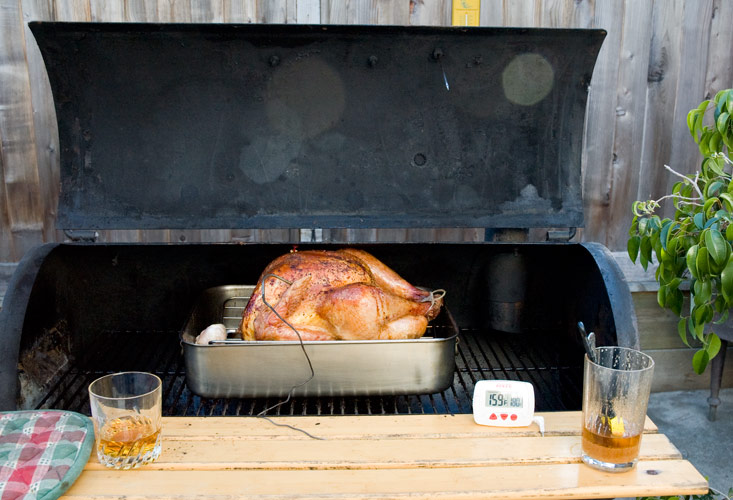 The Calculator Drawer : Free Software : Free Download, Borrow and Streaming : Internet Archive
The Sound of Sonny
Most accurate pendulum clock on the planet.
Lincoln Laboratory toroidal propeller
He Was Compared to Tiger Woods. So Why Did He Walk Away From Golf?
Wonders of Street View
The Sierra Club Tries to Move Past John Muir, George Floyd and #MeToo
The Cabinet of Wikipedian Curiosities