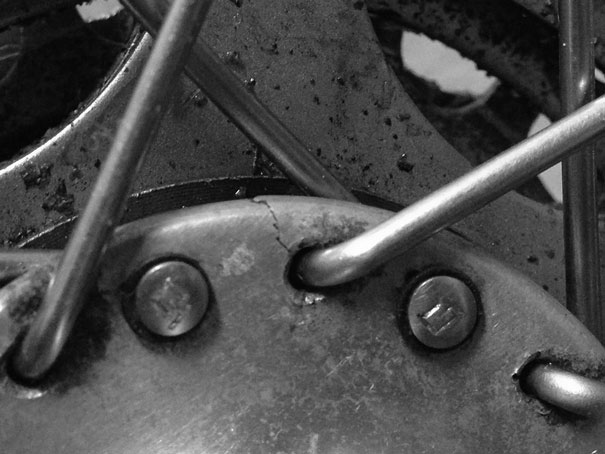 I read about color coding your tools on Sheldon Brown’s web site years ago. Anybody who looks like Sheldon and recommends adjusting your bicycle frame’s hub spacing with a 2×4 must know what he’s doing.

I have his chart on the back of the bathroom door, so I can try to remember it. I wish I could find my 8mm 1/4″drive socket.