To manage the boot menu for my Vista and Leopard partitions, I use rEFIt instead of Boot Camp. After I made a backup disk image of the Vista partition, I booted the Windows 7 DVD, reformatted the Vista partition and began the installation. It went a lot faster than the Vista install.

I used Randy’s SharpKeys 2.1.1 (a registry hack) to remap the Apple enter key (on the bottom row) to a forward delete key so I don’t have to hold down the fn key and delete for that function. I also mapped F8 to Prtscr – another Windows key that’s missing on the MacBook keyboard.

Thankfully, my two year old MacBook still feels responsive in Windows 7 (and in Vista). I’ve never had any major problems with Vista, and so far, Windows 7 seems to be an improvement. 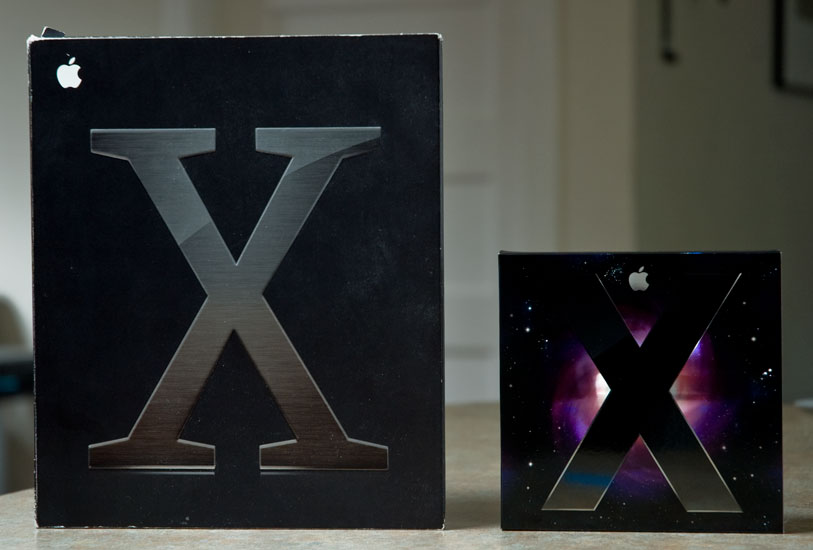 Macintrash, but I did buy the retail version of Panther for my my other Macintrash, a Powerbook. When I opened the box from Amazon, the first thing I noticed was how much smaller Leopard is than Panther.

I’m ready for a new notebook computer but with Leopard and Vista around the corner, maybe I’ll wait for a system with either of those installed. With Core 2 (Merom) Macbooks (Pro) most likely being introducted by Apple in their September 12 announcement, plus being able to run Windows, I’m leaning toward another Mac(intrash).


Currently, I’m using a Rev. A 12″ Powerbook and a Shuttle SB51G desktop with a 2.2 GHz P4 and 845 GE chipset – not exactly the latest technology. Since I don’t do anything, it’s adequate – the Powerbook is running Apache and MySQL for testing, so that’s OK for now.

I downloaded Vista Beta 2 but I have yet to install it. There’s no Windows Aero for me anyway because my Shuttle is using a ATI AIW (Radeon 9000) for video.

Being a former heatseeker (who would pay $1500 for a Motorola Micro Tac Elite?), I know you should just buy what you need. With the Santa Rosa platform due in H1 2007, I guess more patience is required. What I always wonder is why, when you get a new computer, is it fast and then a couple of years later, it’s so slow?