Video from the Bring a Trailer Monterey Motorsports Reunion and Car Week Wrap Up.

I drove my Alfetta Sprint Veloce to the 2012 All Italian Car and Motorcycle Show. The informal show is sponsored by the Alfa Romeo Association for the benefit of the Alameda Special Olympics.

This year, my Sprint Veloce was joined by Chris Keen‘s red Alfetta GT, (see flickr photoset below) so there were four representatives of the Alfetta family, including a sedan and a GTV6. There were plenty of Alfa Romeos, Ferraris, Fiats, a few De Tomasos, a few Lamborghinis. a few Lancias and a few Maseratis. On the motorcycle front, there were many Aprilias, Ducatis, Moto Guzzis and Vespas. 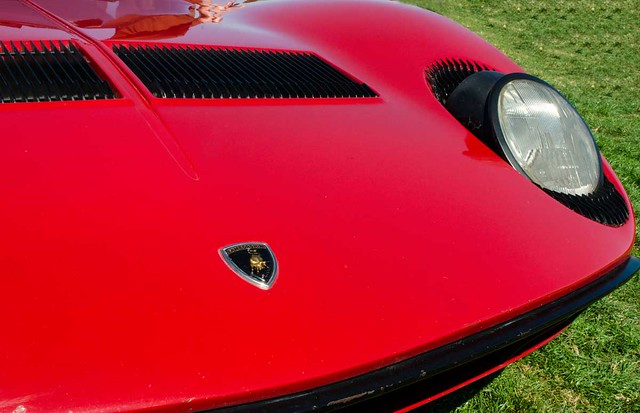 I drove my Alfetta Sprint Veloce to the Alfa Romeo Association of California’s 2011 All Italian Car and Motorcycle Show last Sunday.

I took the photo (left) of my car and started thinking, was Sports Car Market correct? In an Affordable Classics article from the September, 2007, the author used the phrase, “Along with wretched refuse like the Alfa Romeo Alfetta GT…” The photograph seems to bear that out; it appears that nobody wanted to park next to my Alfetta. The reality was that it was late in the afternoon and the cars that had been parked next to the Alfetta earlier in the morning had left.

My Sprint Veloce was the only coupe present that represented the Alfa Romeo Alfetta family but there was an Alfetta sedan too (plus several GTV-6s). There were plenty of Alfa Romeos, Ferraris, Fiats, a few Panteras, a few Lancias, a few Maseratis, and a lot of motorcycles – everything was interesting to me. 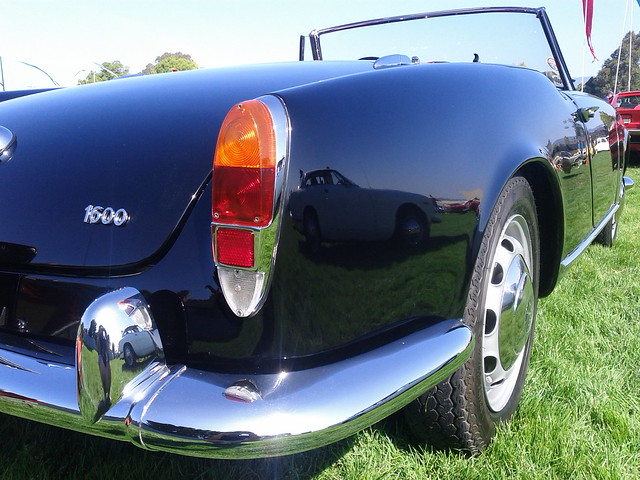 When I installed relays and Cibie headlamps in my cars, I used 10 gauge wire. That’s probably larger than I need since I’m using only 60/55 watt H4 bulbs and 55 watt H1 bulbs, but it can’t hurt.

I couldn’t find any good sockets locally that use 10 gauge wire. Most of the connectors were phenolic resin that used 16 gauge wire. I’d read about ceramic sockets for headlamps on the Internets but never looked for them in earnest. When I broke a soldered wired off of one my headlamp sockets while troubleshooting a non-working turn signal, I thought I should find a socket compatible with the rest of the robust wiring.

I found these ceramic sockets on eBay and bought four of them.

They’re OK quality. The cover, which has a plastic hinge, snaps closed after inserting the contacts. I had to trim the tabs that hold the cover closed with an X-Acto knife before it would close completely. I soldered the wire to the connectors before inserting them in the sockets. At least they worked with the 10 gauge wire.